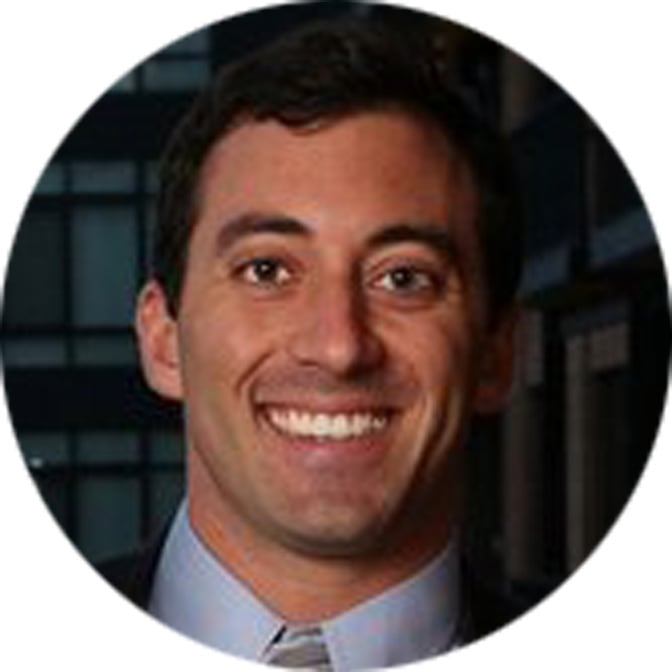 For the past few years, marketers have been fixated on figuring out how to reach millennials. Since they make up one fourth of the population, apartment marketers can’t afford to ignore them. Today, there’s a new generation of potential renters starting to enter college and join the workforce—Generation Z.

Who is Generation Z?

A lot of marketers mistakenly group Generation Z with Millennials. However, Generation Z (Gen-Z) is made up of people born between 1995 and the present.

The main age group apartment marketers should focus on right now are those born around the year 2000.

While millennials are the first generation that grew up during the digital revolution and helped shape it, Gen-Z was born into it. Smartphones, internet, and social media were already around when they were born, so it’s all completely native to them.

Very soon, Gen-Z is going to be the largest demographic in the U.S. Plus, even though the oldest of the generation is currently around age 20, they have a buying power of over $44 billion. So you need to start planning your marketing strategy around them. 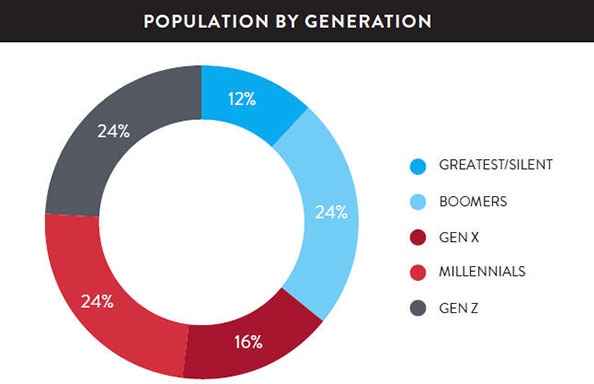 The Challenge of Marketing to Generation Z

Ok, so the numbers behind Gen-Z look extremely promising. But numbers only tell part of the story. Aside from the fact that they’re still young, the biggest challenge when it comes to marketing to this younger demographic is they despise advertisements and the “corporate” mentality.

Remember, they were born in the age of Google. So unlike older generations, they don’t rely on radio ads, TV commercials, and billboards to tell them what to buy. They research what they want and make the decision themselves. They’re less likely to be persuaded by clever taglines and psychological marketing tactics.

Even more important, price isn’t the major deciding factor of why they buy things. That doesn’t mean you can charge an absurd amount in rent to someone because they were born in 2001. But with the success of brands like Whole Foods and Toms who practice conscious capitalism, it’s clear that the younger generation cares more about what companies stand for than ever before.

So how do you overcome these obstacles to market your apartment community? Here are seven tips to market to Gen-Z.

If there’s one thing Gen-Z hates more than anything, it’s companies trying to make a buck off the latest fads or trends. In the age of social media where a random video or trend can go viral at any moment, it’s very tempting for companies to try to capitalize off the wave. However, when your senior living center starts Tweeting things like “on fleek” and “bae,” you look inauthentic.

I learned a lot from these great students… (not all of it was school related): https://t.co/vdiJx4fYRh pic.twitter.com/PfUrmu2tct

Instead of trying to fit in, keep your brand’s voice and messaging consistent. Once it becomes clear that you’re trying to age down your marketing efforts, it’s like telling consumers you don’t know how to connect with them in a meaningful way. In other words, it screams of desperation.

It goes back to what your parents told you as a kid. Just be yourself.

Having a bunch of 50-year-olds sitting in a room trying to figure out how to market to teens isn’t a very good strategy.

Studies have shown that humans are naturally attracted to people that look like them. While that may sound odd from a dating standpoint, it’s actually very advantageous for apartment marketers.

The reason people are drawn to people that look like them is because they feel a certain level of trust and familiarity. Think of any major purchase you’ve made like a car or even a home. There’s a strong chance part of the reason you made the purchase was because you felt comfortable with the salesperson or realtor. The same thing is true when you’re renting apartments.

When prospective Gen-Z renters come to tour your apartment, will they see people that look like them? If not, you could be missing out on a big opportunity.

That doesn’t mean you should only hire 18-year-olds. But you should consider having a more diverse group of customer-facing employees if you want to appeal to Gen-Z.

Sure you may be on social media, but what networks are you using? If you’re spending a majority of your time making organic posts on Facebook, you’re only reaching a small percentage of Gen-Z.

One common characteristic of Gen-Z is they quickly adapt to new networks. You have to be agile enough to adapt with them. But here’s the key. Don’t wait until every other business gets on the bandwagon. You need to become an early adopter and be on the lookout for emerging social media apps before they become mainstream.

A great tactic to keep a pulse on which platforms are gaining steam is to monitor the App store or Google Play store. Look at the top new and popular social media apps. 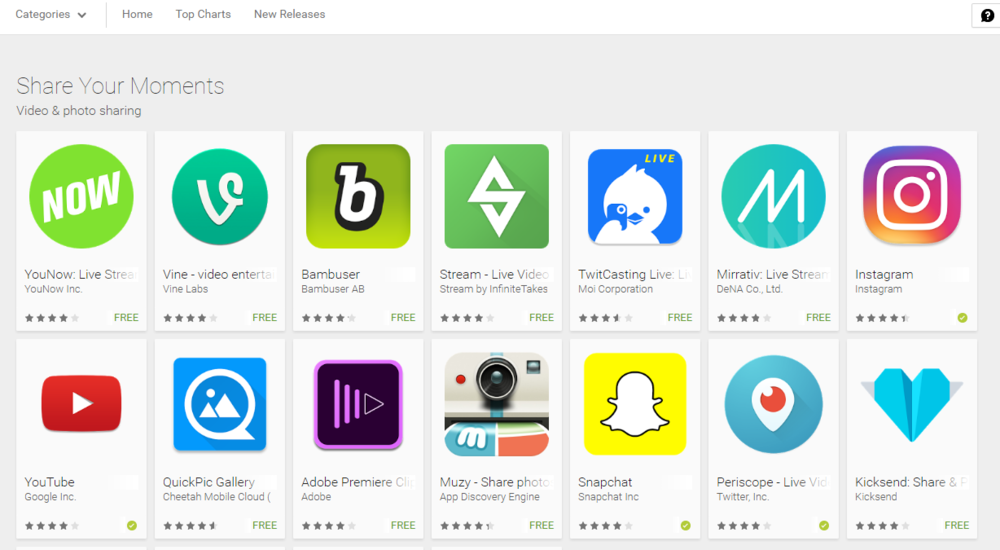 Right now Snapchat and Instagram have Gen-Z’s attention. While most brands have started being more active on Instagram, many still haven’t developed a Snapchat strategy yet. That makes it the perfect time for your apartment community to differentiate itself.

Instagram Stories is also another emerging trend businesses can take advantage of now before other brands flood the market.

Be proactive with your social media strategy rather than waiting to see what your competitors are doing first.

Like we mentioned earlier, Gen-Z cares about much more than price and your advertisements. They care about what you stand for. That means having a compelling story about what differentiates you and what your brand is about.

Are you just in it to make money? Or do you want to make a bigger impact? Whether it’s helping the environment, providing clean water to countries in need or just giving back to your local community, Gen-Z is paying attention to the social good you’re doing, or not doing.

It doesn’t take a lot to get started on social initiatives. For instance, you could work with local shelters to provide temporary housing for people in transition. Or you could do something simple like The Courtney Apartments and help spread the word to your tenants about local charity events.

Long drawn-out sales pitches and five-minute YouTube videos aren’t going to cut it for Gen-Z. The average attention span in 2015 is 8.25 seconds. That explains the success of apps like Vine or early Instagram videos where your content was limited to a matter of seconds.

If you want to capture the attention of Gen-Z, brevity is key. Make your content and marketing messages concise. For instance, instead of making a 10-minute video advertising all the different amenities of your apartments and having execs self-promote,  take a page from IQ Luxury Apartment’s book and make short Instagram clips showcasing different parts of your community.

You’re probably noticing a trend here. Gen-Z is all about authenticity. A part of that means being as transparent as possible. There was a time when companies did almost anything they wanted behind closed doors and consumers didn’t even think to question it. But over the years the wall has been broken down thanks to social media.

While mistakes can certainly happen, Gen-Z is very cautious of companies covering up those mistakes or refusing to admit they did something wrong.

Subway was able to bounce back after it was found they had been including a chemical called azodicarbonamide, that’s also used in yoga mats, in their bread. While they could’ve denied it or made a bunch of excuses, they were very transparent about the issue and what they were going to do to fix it...

@toby_dorena We removed Azodicarbonamide from our bread as part of our bread improvement program. For more info visit http://t.co/NkU7w3vKHN

The younger generation can forgive brands for making mistakes as long as you’re honest and upfront about it.

Dollars aren’t obsolete, but you have to realize there’s a new form of currency that came along with the social media boom. Right now social shares and social proof are extremely valuable. Obviously, you can’t accept Likes and Retweets for rent, but there’s a lot of value from getting your tenants or influencers to mention you on social media.

70% of Americans seek the approval of others before making buying decisions. That means a Tweet from a friend is more likely to sway a potential renter’s opinion than a promotional Tweet from your company.

To take advantage of this, you could setup a referral program that encourages tenants to mention your community on Facebook, Instagram, Snapchat and other social networks.

Here are 40 more apartment marketing ideas that can help you generate some social buzz for your apartments.

Although a majority of Generation Z is currently too young to rent an apartment, it’s not too early to start thinking of ways to appeal to them. In the next 5-10 years they’re going to make up a large portion of renters. Start planning now and implement small changes like experimenting with new social networks and finding ways to convey your brand’s message succinctly.

For help crafting a social media campaign for a younger audience, contact us today!

These Stories on Strategy

How to Get The Most Out of Your Apartment Marketing Budget